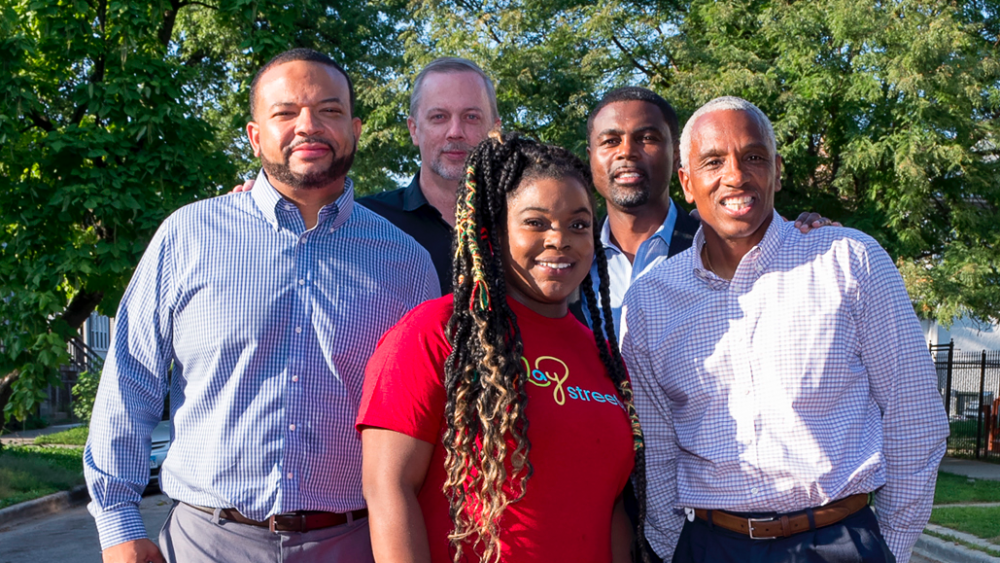 A Legacy of Beauty on our Block

Ms. Myrtle, as Father Tom Walsh calls her is about tribe building.  Creating a business during tough times takes a woman full of energy, faith and love. When Mrytle Mullins had thoughts of purchasing the building that would become Chic’s Elite Hair & Nail Salon 44 years ago at Chicago Ave & Latrobe it was mainly a Polish community.

As the demographics shifted she was steadfast in the belief that home is what you make it. ‘The Legacy of Beauty on our Block’ AV72’s Summer 2018 block party finale served as a tribute to a business owner who understands the value of building her neighborhood over fleeing the scene.

Westside Health Authority CEO Morris Reed will tell you that the transformation you see with AV 72 is something Mrytle has been doing for decades.

Her neighbors would loiter and leave trash all the time in the early days, to the point where clients would complain. It made more sense for her to do something other than just be upset about it.

“It can be done. You can save a community if you’re not just concerned with yourself and your bank account. I decided to open up here for that,” she would tell us after the ceremony.


Electricity in the salon went out on the day of the block party.  Staff had to pivot and send customers back and forth to a neighboring shop  to keep things business as usual.

44 years ago this location was a Fannie Mae Fine Chocolates Shop.


“Black people will move out of the neighborhood for a suburb. I’ve been here since ’74.  When I was ready to buy,  friends would suggest I move out after God blessed me with a business right here in Austin. I decided to stay and give back to this community. Why would I move to a different community that may not be as welcoming? “

Every time you move in, white people move out. The reason our communities don’t grow is because people get tired and move out. Over the years she saw her clients, many of whom were teachers and elected officials and that’s what they had done…sell and move out.

“We started a committee, recruiting anyone we saw walking down the street and paid them 10$ per hour to sweep and clean.  Every Saturday covered a 4-block radius keeping the neighborhood clean.  Other business started doing the same.”


Ms Mrytle is a straight shooter. When Father Tom Walsh of Austin’s Church St Martin Deporres Parish began his speech she gave a look that suggested he just start the prayer like he’s suppose to.

I asked if she had given a name to the group of change agents she hired to keep the neighborhood beautiful.

“Everything don’t need a name, actions are louder. “